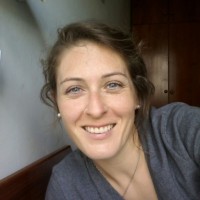 We arrived in Jordan one year ago to date.   Nothing has changed during that time for the course of tens of thousands of Iraqi refugees still stuck here in Jordan.   We have witnessed 25,000 Muslim Syrian refugees leave Jordan and go to Canada in the first three months of 2016.   I can count on my hands the number of Iraqi Christian refugees I have seen leave during the entire year.   When we first arrived in June of 2015, these refugees were distressed and seemingly without hope.  Now a year later they are even more desperate, emotionally less stable and still seemingly without hope.

Months ago, some families were told they were welcome with open arms only to have the world turn their face away after the shocking Paris attacks.  When people see the faces of Iraqi Christians refugees, they are clumped together with the faces of terrorist extremists, whether intentionally or unintentionally so.

For more than hundreds of years Christians have settled in the area of the Nineveh plains, otherwise known as Mosul.  They speak Aramaic, the language of Jesus.  Additional Christians resettled here ten years ago as they fled Baghdad and the war that began to tare that city to shreds.  Mosul was defended by the Kurdish army otherwise known as the Peshmerga.  In the dark of night in June of 2014, the church bells rang through the city.  The Peshmerga had fled and ISIS was coming and would be in the city in three hours.  Thousands of families grabbed what they could in their hands and fled; some in cars, others on foot with children in the darkness for hours.  They all had one destination: Irbil, Kurdish territory.

That was the terrible day that began the displacement of thousands of Christians in the Middle East.  Still they are without resettlement or any real hope of it.  In Jordan there is no feasibility for staying, there is no possibility even for the consideration of it.  The Jordanian government has given them five years tops for transitioning through to other countries.  In the meantime, these families cannot work, drive cars, or earn a living here, etc.  Live is stressful and different when a family has no intention of staying.  You don’t build relationships, you don’t seek to identify with the people, don’t attend school; you don’t plant roots.  Some families are still afraid to leave their homes.

People in the West may think Jordan and Iraq are neighbors so at least it still is the same culture, but this couldn’t be farther from the truth.  In Jordan, the people speak a different language, eat entirely different foods, have a different religion, history and traditions.  The same goes for the northern Iraqi city of Irbil where there are thousands of refugees—now called IDPs, or internally displaced people are housed in camps.  To the West, Kurdistan is still Iraq.  In reality, Kurdistan is distinctly not Arab.  Kurdistan is Kurdish.  They exclusively speak the Kurdish language, eat Kurdish food, and live Kurdish.  If you are Arab, you are the what threatens their way of life, and here too, the Assyrian Christians have been lumped into the Arab threat.

Here in Jordan, even now, new families are coming over every week from Irbil.  At first, my husband and I thought it was because they heard of a few families finally getting to leave, but after doing research we learned it is actually because the families that had fled to Irbil were staying there in the hopes that their lost land and homes would be one day be recaptured back from ISIS, delivering them from the threat of death—literally.  It seems they have now reached the end of their hope and are finally saying goodbye forever.

Once arriving in Jordan, they are entering a country saturated with refugees to overflowing.  In addition to the Iraqi’s mainly around the capital city of Amman, there are over one million refugees from Syria in the north.  No Iraqi’s are in camps here, they are all Syrian… and Palestinian. The Palestinian refugees that are in camps are still there, three generations later, from the displacement of what people here call the occupation their land by Israel.  (If you are traveling to Israel, you don’t tell people you are, you say you are going to Palestine, because here, the nation of Israel does not exist.)  Fortunately, recently there have been 85,000 work permits granted to Syrian refugees in efforts of integration and business regulation in the north by the Jordanian government.  Jordan is and has been a place of peace and consolation to the most dire of victims in this Middle Eastern chaos.

Today we sat before an Iraqi refugee man nearly in tears saying, “I am responsible for my family, what am I to do?”  Yes, Joel and I work with Relief for these families, but money alone can not solve the problems these families have spread before them.  Even with clinic bills paid for, even with children in schooling we provide, even with a roof over their head, despair lingers.

They are not home, they have no family here, all their degrees and training in education in Iraq have become invalid requiring them to begin from square one wherever they go at any age (we know a man his first year into his practice as a doctor and one young woman who was due to graduate the week of fleeing), all the heavily regulated process towards marriage for anyone stops as grooms no longer have anything to offer a bride, and wherever a family may eventually end up they don’t know the language, culture or way of life, which are all very different.   Any money these families had in banks, the savings they had, the buildings, businesses, the cars, the land, farms, the places of all of their lifelong memories—gone.   This is the unseen effect of war, wherever it happens, whenever it happens.  Life stops. Unfortunately, the countries choosing war as a solution are often less familiar with the long-term effects on their own soil.

After two years, the increase of stress and anxiety compounded by the lack of outlet for doing anything, going anywhere, any day of the week except waiting has caused depression to set in for some.  Families try to sleep through the day as much as possible for there is nothing, and no one for them to wake up for.  Don’t get me wrong, we are doing good things here; providing relief in the very middle of this crisis.  Patients are being seen for free, medical procedures are being helped with, languages are being learned, children are going to school, food is being distributed, and rent assistance is being given—all of those things are wonderful, critical, and important, but even with this they cannot stay, and the question in the back of everyone’s mind is, “Where can we call home?”