Specifically inviting the ladies, please join me in praying for these women who are beginning a deep and long road ahead of them to get their lives back. After being freed from ISIS they’re retreating into an almost unconscious-like state. I send them my love and hope.

The below article is from the NEW YORK TIMES in full. 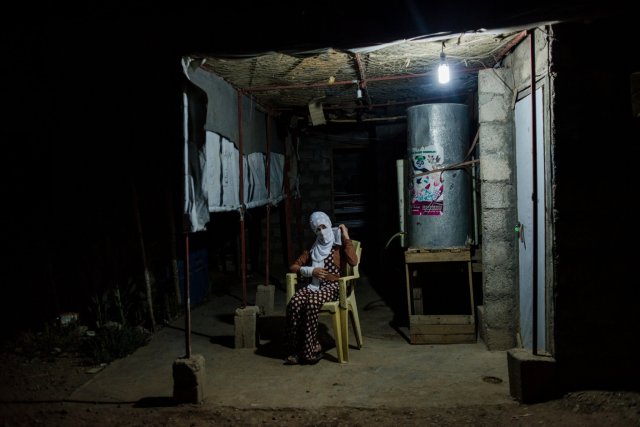 In tents in northern Iraq, a grim scene of barely conscious women and girls hints at the cost of three years of sexual enslavement.  Souhayla, a 16-year-old girl who escaped the Islamic State after three years of captivity, at her uncle’s home in Shariya Camp, Iraq.
Credit Alex Potter for The New York Times

SHARIYA CAMP, Iraq — The 16-year-old lies on her side on a mattress on the floor, unable to hold up her head. Her uncle props her up to drink water, but she can barely swallow. Her voice is so weak, he places his ear directly over her mouth to hear her.

The girl, Souhayla, walked out of the most destroyed section of Mosul this month, freed after three years of captivity and serial rape when her Islamic State captor was killed in an airstrike. Her uncle described her condition as “shock.” He had invited reporters to Souhayla’s bedside so they could document what the terror group’s system of sexual abuse had done to his niece.

“This is what they have done to our people,” said Khalid Taalo, her uncle.

Since the operation to take back Mosul began last year, approximately 180 women, girls and children from the Yazidi ethnic minority who were captured in 2014 by the Islamic State, or ISIS, have been liberated, according to Iraq’s Bureau for the Rescue of Abductees.

Women rescued in the first two years after ISIS overran their ancestral homeland came home with infections, broken limbs and suicidal thoughts. But now, after three years of captivity, women like Souhayla and two others seen last week by reporters, are far more damaged, displaying extraordinary signs of psychological injury.

“Very tired,” “unconscious” and “in severe shock and psychological upset” were the descriptions used by Dr. Nagham Nawzat Hasan, a Yazidi gynecologist who has treated over 1,000 of the rape victims.

“We thought the first cases were difficult,” Dr. Hasan said. “But those after the liberation of Mosul, they are very difficult.”

The shock expresses itself in women and girls who sleep for days on end, seemingly unable to wake up, said Hussein Qaidi, the director of the abductee rescue bureau. “Ninety percent of the women coming out are like this,” he said, for at least part of the time after their return.

Both Souhayla and her family asked that she be identified as well as photographed, in an effort to shed light on their community’s suffering. Her uncle posted her image on Facebook immediately after her release with a description of what ISIS had done to her.

For over a year, Mr. Taalo said, he had known his niece’s location, as well as the name of the Islamic State fighter holding her. He enlisted the help of a smuggler who at great risk photographed Souhayla through the window of the house where she was being held and sent the images to her family.

But it was too perilous to try a rescue.

Souhayla escaped on July 9, two days after an airstrike collapsed a wall in the building where she was being held, burying another Yazidi girl who had been held alongside her and killing the captor who had abused them, her uncle said.

At that point, she was strong enough to clamber through the rubble and make her way to the first Iraqi checkpoint.

When her family drove to pick her up, she ran to embrace them.

“I ran to her and she ran to me and we started crying and then we started laughing as well,” said Mr. Taalo, the brother of Souhayla’s father, who remains missing after the Islamic State took over their hometown. “We stayed like that holding each other, and we kept crying and laughing, until we fell to the ground.”

But within hours, she stopped speaking, he said.

By the time they reached the camp where her mother and extended family had found refuge after the Islamic State overran their village, Souhayla slipped into what appeared to be unconsciousness. The doctors who examined her have prescribed antibiotics for a urinary tract infection.

She also shows signs of malnutrition.

Neither explain her extreme symptoms, said her family and one of the doctors who examined her.

“I’m happy to be home,” she whispered with difficulty into her uncle’s ear, in response to a reporter’s question, “but I’m sick.”

The Islamic State had been ruling Mosul for two months in 2014 when the group’s leaders set their sights on Sinjar, a 60-mile-long, yellow massif to the north. Its foothills and mountain villages have long been the bedrock of life for the Yazidi, a tiny minority who account for less than 2 percent of Iraq’s population of 38 million.

The centuries-old religion of the Yazidi revolves around worship of a single God, who in turn created seven sacred angels. These beliefs led the Islamic State to label the Yazidi as polytheists, a perilous category in the terrorist group’s nomenclature.

Relying on a little-known and mostly defunct corpus of Islamic law, the Islamic State argued that the minority’s religious standing rendered them eligible for enslavement.

On Aug. 3, 2014, convoys of fighters sped up the escarpment, fanning out across the adjoining valleys. Among the first towns they passed on their way up the mountain was Til Qasab, with its low-slung concrete buildings surrounded by plains of blond grass.
That’s where Souhayla, then 13, lived.

A total of 6,470 Yazidis on the mountain were abducted, according to Iraqi officials, including Souhayla. Three years later, 3,410 remain in captivity or unaccounted for, Mr. Qaidi of the abductee rescue bureau said.

For the first two years of her captivity, Souhayla made her way through the Islamic State’s system of sexual slavery, raped by a total of seven men, she and her uncle said.
When the push for Mosul began, she was moved progressively deeper into the area hardest hit by the conflict, as security forces squeezed the terrorist group into a sliver of land near the Tigris River. The area was pummeled by artillery, airstrikes and car bombs, and strafed by helicopter-gunship fire.

As the Islamic State began losing its grip on the city, Souhayla’s captor cut her hair short, like a boy’s. She understood he was planning to try to slip past Iraqi security forces, disguised as a refugee, and take her with him, her uncle said. 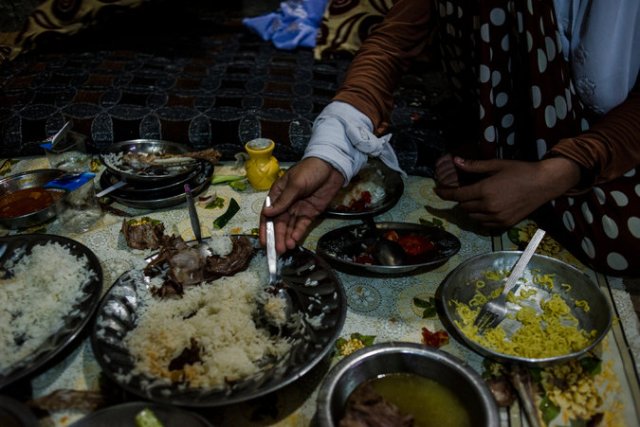 Souhayla eating dinner in her uncle’s tent, a white bandage covering an IV site and a scar from her effort to slit her wrist during her captivity.  Credit Alex Potter for The New York Times

Mr. Taalo now spends his days nursing his niece back to health. To sit up, she grasped one of the metal ribs holding up her family’s tent and pulled herself into a sitting position, as her uncle pushed from behind. But soon her strength was sapped, and she flopped back down.

He used a washcloth to dab her forehead, as she lay in his lap. Her mouth fell open and her eyes rolled back.

After her escape, almost two weeks passed before she was able to stand for more than a few minutes, her legs unsteady.

Officials say recent escapees are also showing an unusual degree of indoctrination.
Two Yazidi sisters, ages 20 and 26, arrived at the Hamam Ali 1 refugee camp, where they drew the attention of camp officials because they wore face-covering niqabs and refused to take them off, despite the fact that Yazidi women do not cover their faces.

They described the Islamic State fighters who raped them as their “husbands” and as “martyrs,” said Muntajab Ibraheem, a camp official and director of the Iraqi Salvation Humanitarian Organization.

In their arms were the three toddlers they had given birth to in captivity, the children of their rapists. But they refused to nurse them, said the smuggler sent by their family to fetch them.

He and camp officials filled out paperwork so that the children could be given to the state, he said.

A video recorded on the smuggler’s phone shows what happened when the sisters saw their family for the first time after their return. Their relatives rushed to embrace the gaunt women. They cried.

Their mother, distraught, stepped behind the tent, trying to steady herself.
A day after the video was taken, reporters went to see the women, and they could no longer stand. They lay on mattresses inside the plastic walls of their tent.

Despite the loud voices around them and the flow of visitors, despite their mother’s wail, they did not budge.

Cars pulled up outside, bringing relatives carrying pallets of orange soda. They left the tent, hands over their mouths, trying to hold back sobs.

Family members said that except for a few brief moments, the women have not awakened since then, over a week ago.

A version of this article appears in print on July 27, 2017, on Page A1 of the New York edition with the headline: Freed From ISIS, Not the Torment. 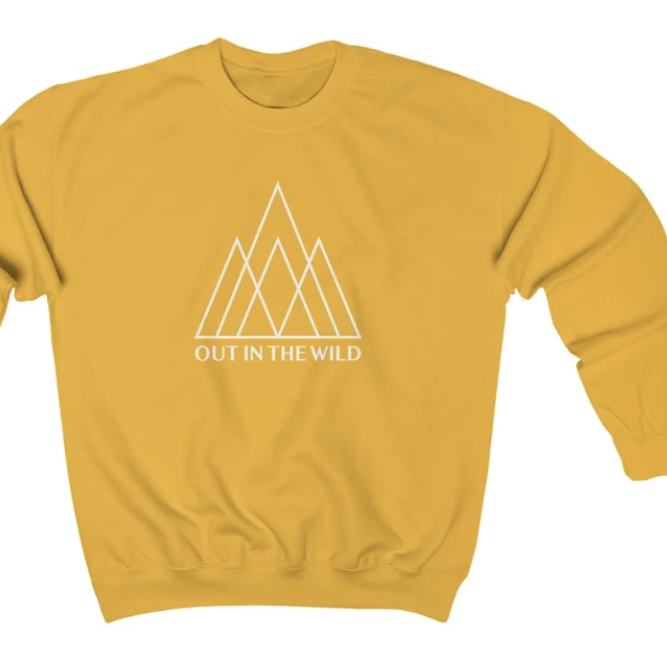 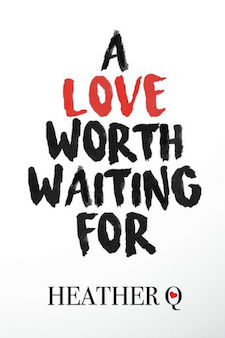 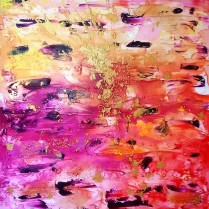 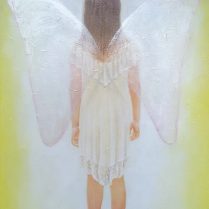 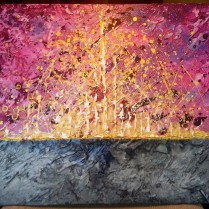 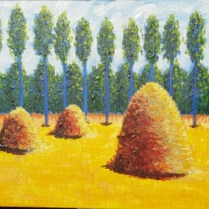 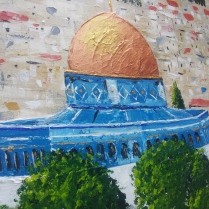 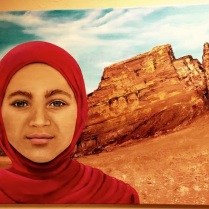